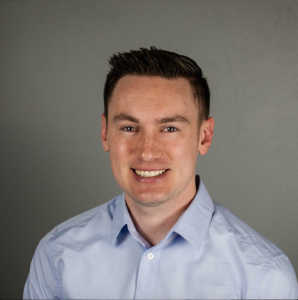 Joshua is passionate about atheism, LGBTQ, and political activism. Sherwood has worked for several prominent political institutions, including the American Israel Public Affairs Committee (AIPAC). He graduated from Colorado Christian University with a degree in Global Studies.

Recently Atheists for Liberty also brought on Justin Vacula as Public Relations Manager, updating our social media across a variety of platforms.

Justin engaged in separation of church and state activism as spokesperson of the Northeastern Pennsylvania Freethought Society. Justin most recently won a lawsuit against a transportation agency that refused a bus advertisement with the word ‘Atheists.’ He has organized formal debates and discussions with religious leaders; was a guest speaker for college-level courses; was featured in local, national, and international news; and has been invited to speak at various national, local, and statewide events. He graduated from Marywood University’s Master’s-level Clinical Mental Health Counseling program and received bachelor’s degrees in Philosophy and Psychology from King’s College.

“I could not be more pleased to be joined by two amazing activists. Justin, being a veteran of the atheist movement, and Joshua, a hard-working and engaged professional, have special talents and skillsets to add to Atheists for Liberty’s ever-growing mission to fight for individual rights and sustain our secular government. I’m looking forward to seeing their successes on the road ahead.”